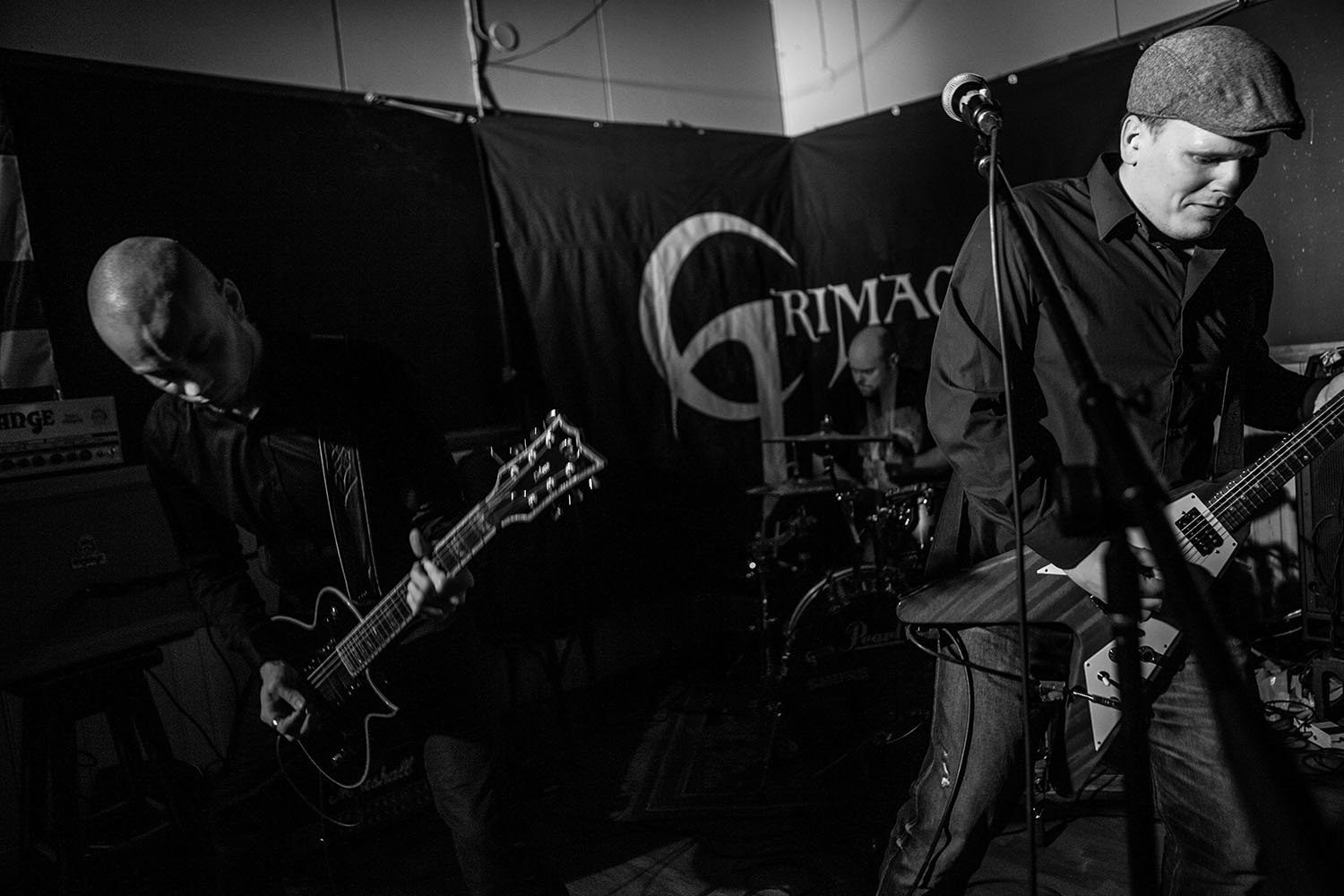 Deeper into Oceanum, 07 At The End Of The Black River

It is quite easy to find the source of influence for this song. Norway. Like I said in my top 10 list, Norweigian black metal is really big thing for me. That same cold atmosphere has been in our music before, but not so apparent as in this song. Also, our bass master Sami said that he wants blast beats is our music.

So, the first thing I did to an empty Cubase project was blast beat. Then I tried an old unused riff that had that same cold atmosphere in it, and it worked. Few small additions and changes, and the first part was done. I wanted the structure to be simple but the next few parts to have some variation in rhythm. Then I programmed a drumbeat that had a little bit of that and started to figure out a twisted lead guitar. To me it felt that this part, that later became chorus, has to have a little twisted kind of feel to it. And suddenly I had it! I listened and listened to it, but I felt that there was something missing. I wanted to add a part to it that sort of breaks the structure a bit. Then I started to fiddle with drum beats. I took the drumbeat from chorus and started to do variations to it. And suddenly there it was! I really wish that song writing could always be this easy and fun!

The first idea was to keep this song sort of clean vocal free. But like many times before, plans changed with our vocal producer Teemu Liekkala. Suddenly we had moments that sort of reminded grunge. Grunge? In a song that has strong black metal influence? Ok. Let’s try that. And it totally worked.

Last but definitely not least, huge salute to our drum machine, Pekka! He did a fantastic job with this track!

As before, the track it self and a making of below.